What is a Bunion?

A bunion is referred to "hallux valgus" and involves the big toe moving position so that it points inwards toward the second toe. 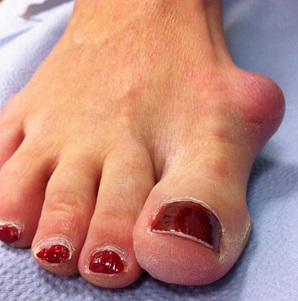 Patients with bunions may also notice that their foot becomes wider as it begins to splay. The main problem is that these changes are progressive and typically worsen with time. If you think you might have a bunion then you should seek early advice. If your bunion is treated early you might be able to avoid not only the pain associated with severe bunions but also have a much better chance of a cure.

Why do bunions develop?

There are lots of reasons that bunions can develop and frequently they just run in the family. When you get down to the bare bones of it: bunions are caused by a fault in the structures that allows the long bones in the foot to drift outwards, which causes the unsightly bump. 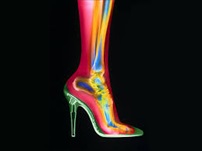 However in some instances bunions can also be the result of or exacerbated by poor footwear, age, arthritis and playing sport.

What can be done to prevent bunion surgery?

For a start checking that you are wearing suitable footwear is essential. Bunions cause the foot to become wider, so wearing your ‘usual footwear’ as the foot has widened will cause rubbing and excess pressure on the bunion. 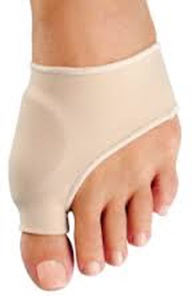 Further to that, if you wear heels over 4cm on a regular basis this may cause further discomfort as you’re putting the majority of your bodyweight through the affected joint.

Depending on what stage of development your bunion is in, it may be possible to use orthotics to help control the foot, however this will only help to reduce pain and slow down the development of the bunion, as opposed to fixing the issue.

If none of the above have worked or are deemed unsuitable for whatever reason, then getting a surgical opinion may be what you need to decide in order to decide what your next step is.

Surgery is not a one size fits all treatment as your medical history and social habits (smoking, in particular) may affect the outcomes of the procedure, however during your consultation I will be able to tell you what kind of procedure you will most likely be suitable for. I have undertaken most types of bunion procedures, some of which produce better results than others. My preferences for bunion procedures revolve around, though are not limited to, the Barouk principles of bunion surgery.

The simpler treatment involves shaving off the bump so that it rubs less on your shoes and is more aesthetically pleasing. However a more complex treatment which is more “curative” involves specifically angled cuts being made in the affected long bone that allows the bone to be shifted over, righting the angle that the joint is at and also reducing the bump that formed. If necessary, a further cut is made in one of the toe bones that allows the toe to be straightened slightly further, creating a more aesthetically pleasing finish as well as putting the toe into a better angle allowing for better joint function.

There are many different types of bunion correction but four have proven to be very reliable providing good correction of the bunion deformity: 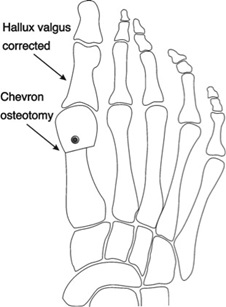 The Chevron procedure is usually used for a mild bunion but one, which none the less still causes pain and symptoms. It is a smaller cut at the bottom end of the metatarsal bone of the big toe.

The cut in the bone is done in a 'V' shape (a 'chevron'), when looked at from the side. This enables the big toe bunion joint to be moved outwards towards the outer aspect of the foot. The bunion can then be shaved away and the tight, soft tissues can be re-tensioned to correct the position of the great toe.

Often a small screw or pin may be used to hold the 2 parts of the cut bone together whilst they heal. It is usual to use dissolvable sutures (stitches) and therefore none need to be removed once the wound has healed. 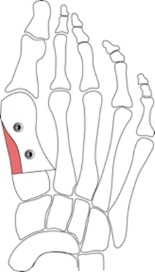 The scarf procedure is for more moderate and severe forms of hallux valgus. It is used to both to bring the toe back into a straightened position and also to move the metatarsal bone of the foot outwards and downwards in order to share the load more evenly underneath the sole of the foot.

Through these incisions, the metatarsal bone of the foot is cut and re-aligned. The bunion is removed and the tight soft tissues are re-tensioned to straighten the great toe.

Sometimes further correction of the position of the toe is required after the scarf osteotomy. A further procedure may be done on the first toe bone. A wedge is removed from the inner side of the bone and the correction is held with a staple or screw. This is known as an Atkin osteotomy. 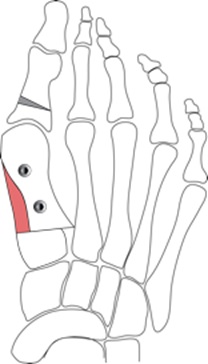 The toe bone is held with a staple or screw 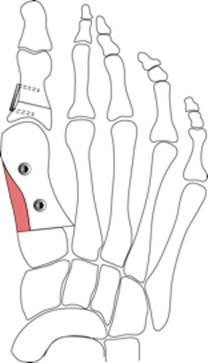 Wedge of bone to be removed from the toe

The choice depends on the severity of your bunion and your general health. All operations can be performed under local or general anaesthetic.

Operations are usually on a day-case basis, so there is no overnight stay required, unless there are medical considerations. 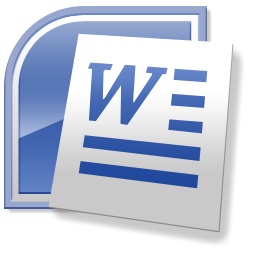